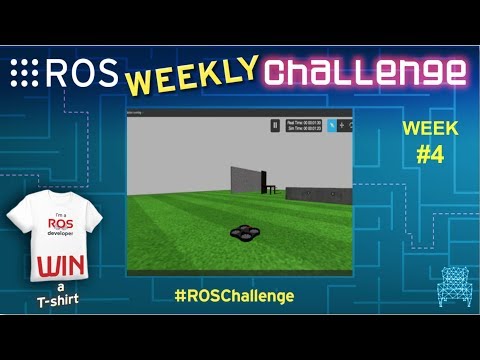 Learn how to create a ROS Action message and compile it for C++, to control a drone.

Once you clicked in the link to get a copy of the ROSject,

When you click in the ROSject Link (www.rosject.io/l/e80ec70/), you will get a copy of it. You can then download it if you want to use it on our local computer, or you can just click Open to have it opened in ROSDS.
Once it’s open, you can find all the code associated with this challenge in the ~/catkin_ws folder. To see the full code, open the IDE by going to the top menu and select Tools->IDE. 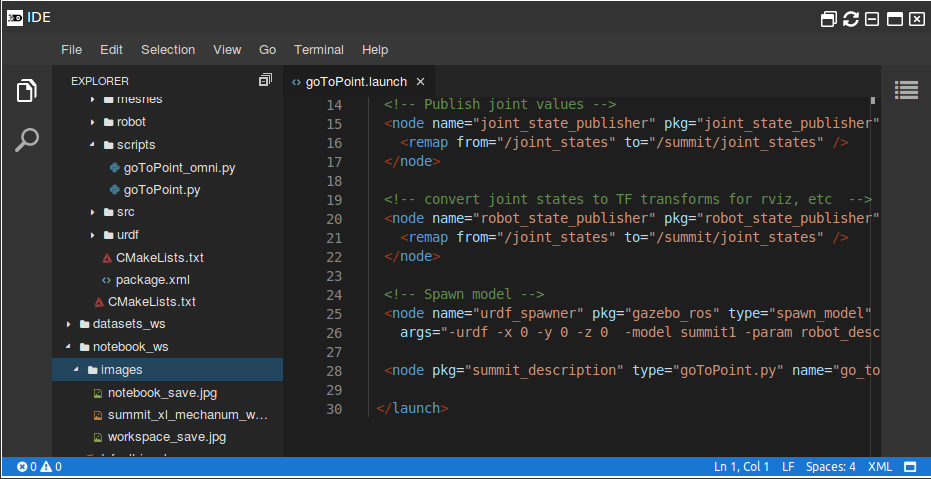 Go to the top menu and select Simulations. On the menu that appears, click on the Choose launch file… button. 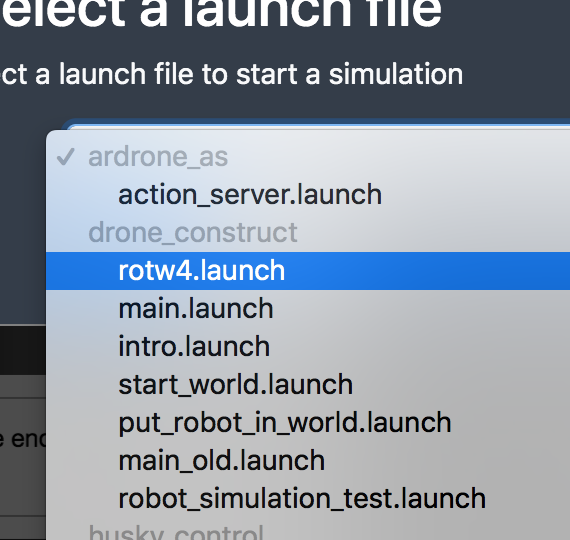 Finally, click on the Launch button to start the simulation. In the end, you should get something like this: 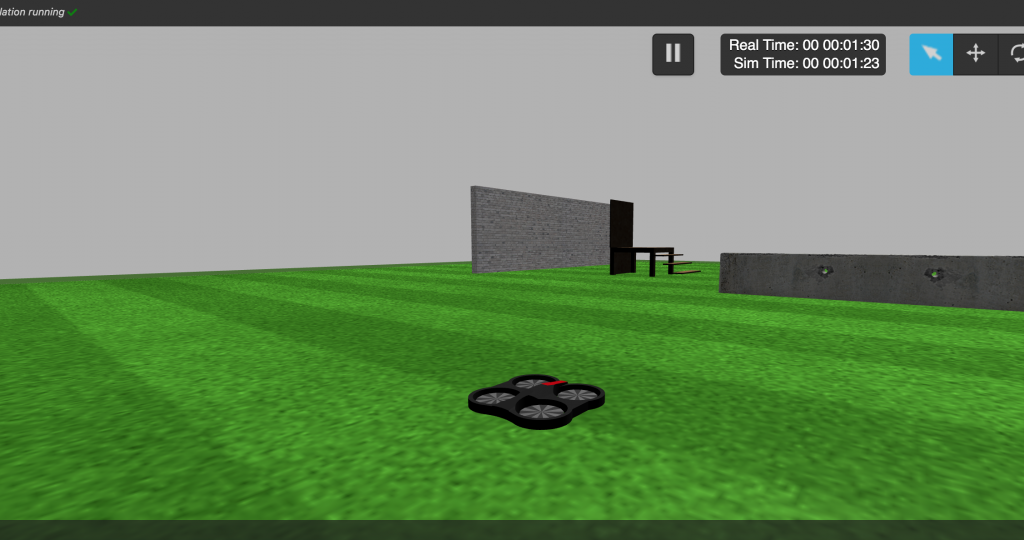 The problem to solve

As you can see, this ROSject contains 1 package inside its catkin_ws workspace: rotw4_code. The purpose of this packages is to allow you to control the Drone (Take Off or Land) using an Action Server.

So, the main purpose of this ROSject is to be able to send a Goal to this Action Server, specifying a keyword in the goal (either “UP” or “DOWN”), and the Drone receives and executes this goal. The steps in order to achieve this are the following:

First, you will need to compile the Action Server and the Action message used. For this, execute the following command:

Once, the compilation has finished successfully, you will start the Action Server by executing the following command:

Once the Action Server is up and running, you can send goals to the Action with the following commands.

In order to make the Drone TAKE OFF:

You should see the Drone taking off, like in the following image:

Drone taking off (moving up) in ROSDS

And in order to make the Drone LAND, you could use the following command:

You should see the Drone landing:

Drone landing (moving down) in ROSDS

Also, you will see in the Action Server a message indicating that the action was successfully executed.

Ok, so… where’s the problem? If you have tried to reproduce the steps described above you have already seen that it DOES NOT WORK. When you follow the pipeline you can see that even the 1st step, which is to compile the package, it does not work (though it is not the only error here). But Why? Let’s find it in the section below.

According to the instructions, we need to have a look at the rotw4_code package and try to find there the errors.

If you looked carefully, after running the first commands, you had an error:

The problem is that it can’t find the ActionMsg.h, so, which tell us that our ~/catkin_ws/src/rotw4_code/action/ActionMsg.action is not being compiled. Let’s then open the CMakeLists.txt file located in the rotw4_code package, to see where is the error.

If we look at the line 153 of the CMakeLists.txt file, we find the following:

we didn’t add the dependencies. To solve this compilation part, let’s add the line below right after line 153:

Now we have another error. Although it looks similar, at least now the messages were compiled:

We can confirm the message was generated with find ~/catkin_ws/devel/ -name ActionMsg*.h:

As we can see, we have no file named ActionMsg.h, which is imported by rotw4_code/src/rotw4_action.cpp. Let’s then fix rotw4_action.cpp on line 3 and import ActionMsgAction.h. Now let’s try to compile again:

Now we have different errors:
We have a bunch of errors, so, let’s look at the first one first, which says:
The problem is almost the same as before. Instead of using ActionMsgAction, we used ActionMsg. Let’s fix that on line 11, and try to compile again:
Congratulations, now everything compiled as expected:
Now, let’s run our action server:
Now we could try to make the robot take off by running the following command in a different web shell:
The only problem is that the robot doesn’t move as expected yet, although the action server says succeeded.
If we look the file rotw4_action.cpp, in the executeCB method, everything seems to be correct.
The problem is that we are instantiating the topic publishers and publishing on them straight away, and the topics need some time after being defined to start being used. To solve this, let’s add a while loop to publish at least 4 times, once a second:
If we now compile the code again
run the node:
and publish the message to take off again:
now the robot should work as expected. 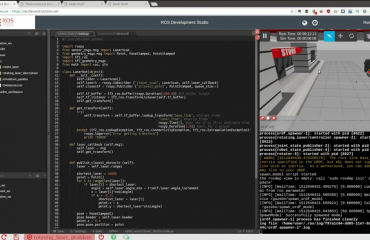 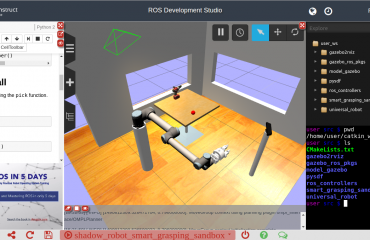 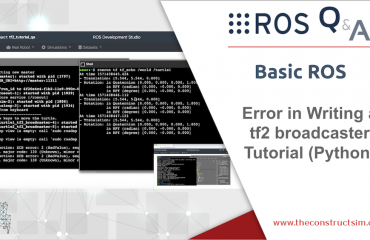