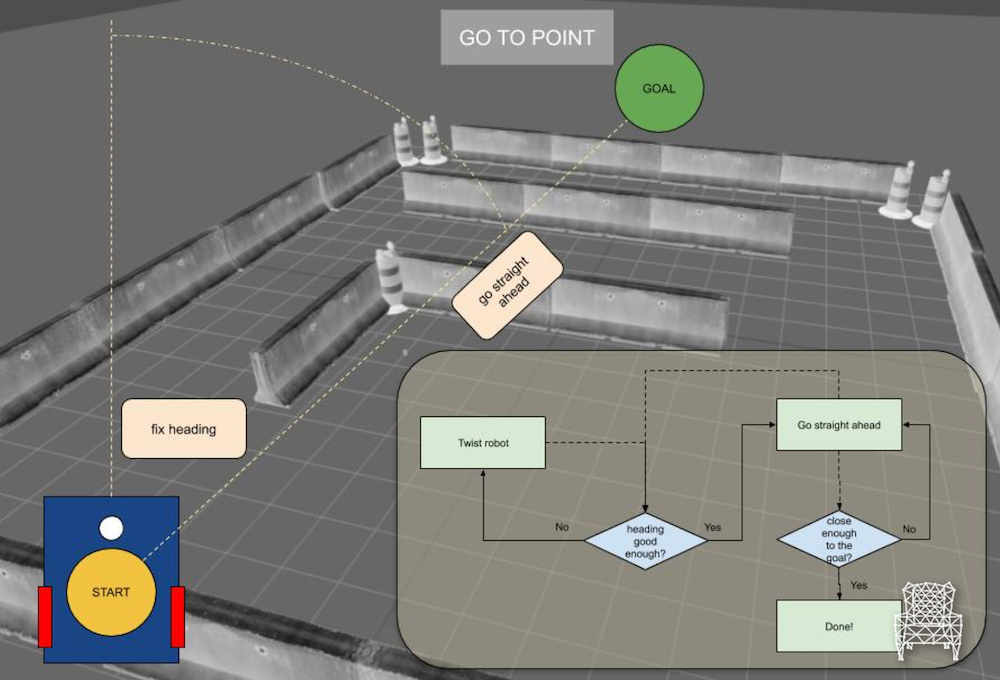 Hello ROS Developers! In this post we continue with the series Exploring ROS with a 2 wheeled Robot. In the previous post, we created an obstacle avoidance algorithm. Today we’ll start working with motion planning! We’re going create an algorithm to go from a point to another using the odometry data to localize the robot.

If you don’t have the ROSject generated from the previous one, just copy it from here http://www.rosject.io/l/9945166/

The behavior we want to program is basically going in a straight line from a point to another. We have 2 steps:

It’s a state machine, described by the diagram below:

The first status is Twist robot, until we reach a good enough heading value. The next status is Go straight ahead, this one can go back to Twist robot or Done.

A new script is created: ~/catkin_ws/src/motion_plan/scripts/go_to_point.py. First thing is to add the necessary libraries:

I’ll define the main function now, so we can have an overview of the algorithm. Bare in mind callbacks and helper functions will be written further:

We are basically in a 20hz loop, checking the status in order to send a command to the robot. The status is defined by an integer:

In order to get the desired Yaw, let’s program the first method fix_yaw

We are using some global variables. Why? Because these values come from a callback, which will be written further (there is nothing new to us in a subscriber, it’s just something that we need, but not related to the motion planning algorithm, just ROS stuff)

There is a calculation of the yaw error, based on this value, we normalize this value in order to turn the robot always to the closest way (left or right).

Finally, publish the twist message and check if the yaw value is good enough (defined in yaw_precision_how much is good enough. You can see it as a tuning parameter)

What about going straight ahead? Seems to be easier, let’s check how we did it!

There are 2 verifications here:

Again, we are using the global vars in order to get yaw, state, yaw_precision_ and pub

Finally, the done function and other helper functions:

The change_state function, that provides us a log message and changes the global state var:

And something we don’t program without! The callback for the odometry reading:

Which is basically reading the messages and filling our vars. Notice how we are converting the quaternion to simple yaw value. That’s why we need to import tf library.

We are good to go!

Launch the same world we launched before! 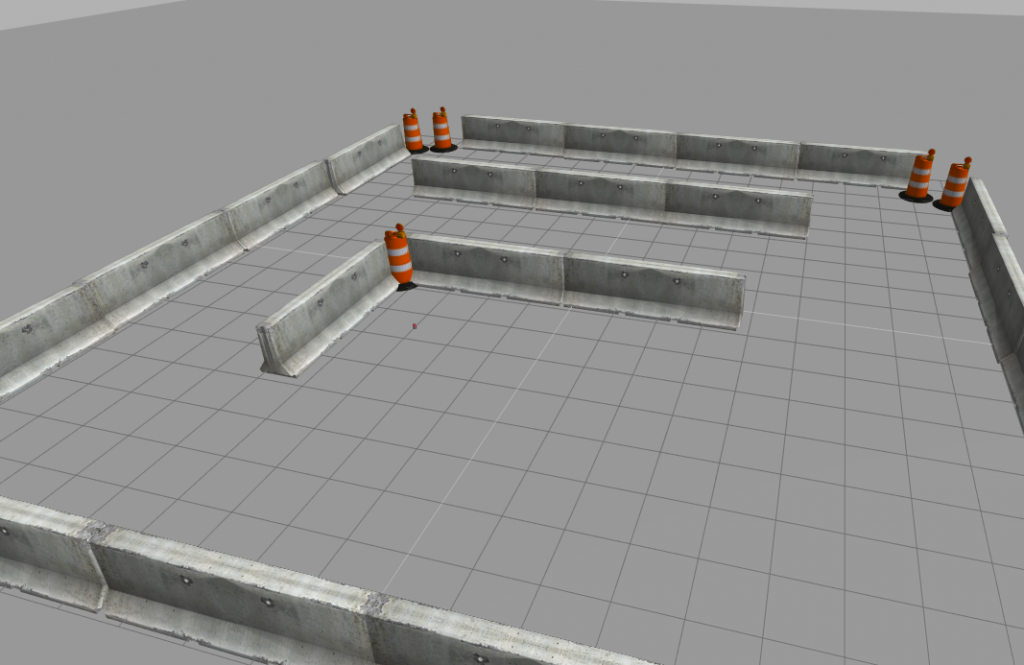 Spawn the robot in a suitable position for this test:

You may notice the robot switches between go_straight_ahead and fix_yaw many times:

This’s because our robot model is not symmetric, so it lost the heading when it tries to go in a straight line. It can happen with real robots, not only because of the model, but also because of the environment. Something that must be expected!

Remember to leave a comment, if you have doubts or suggestions!

If something went wrong up to here, you can always clone the ROSject produced with this post!

In this next tutorial, we’re going work with wall following robot algorithm. Cheers!