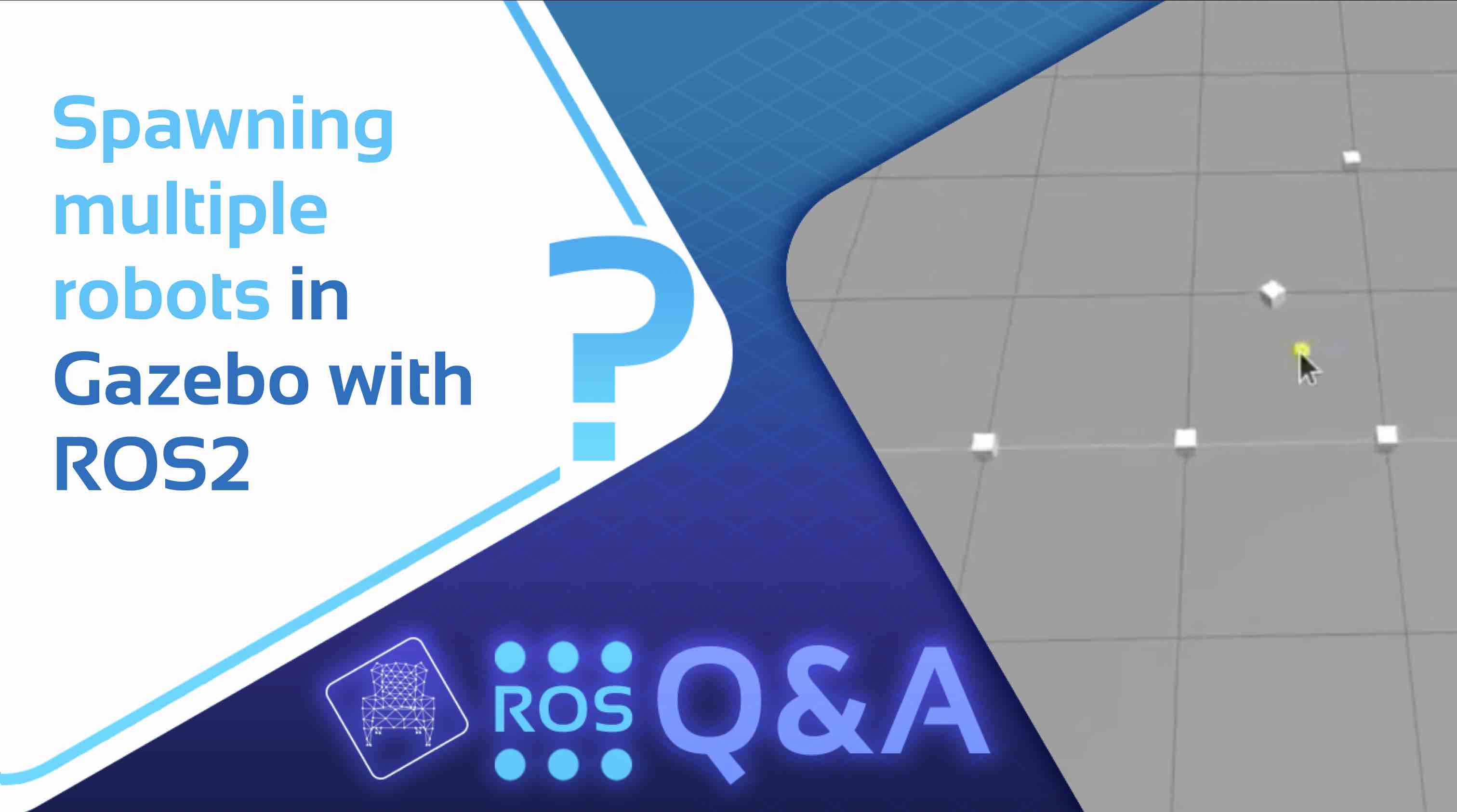 In order to learn how to spawn many robots in ROS2, we need to have ROS installed. We already prepared a rosject ready for that: https://app.theconstructsim.com/#/l/47f74f81/. You can download the rosject on your own computer if you want to work locally, but just by copying the rosject (clicking the link above), you will have a setup already prepared for you. 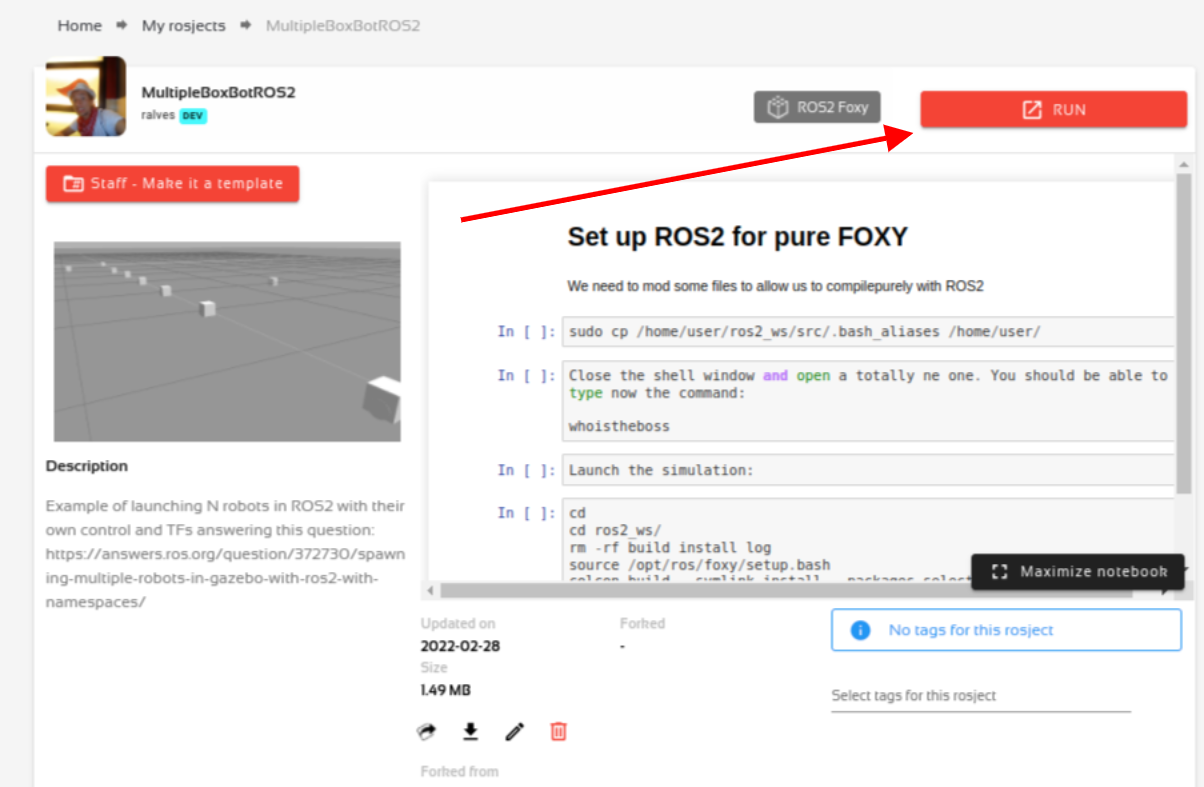 Setting up our environment to use purely ROS2 Foxy

On The Construct, when you open the rosject, the system will have ROS1 Noetic and ROS2 Foxy installed.

Let’s start by making our system able to compile purely with ROS2. For that, let’s first open a terminal:

After opening the terminal, let’s now override the default ~/.bash_aliases to remove some ROS1-related settings :

After having replaced the ~/.bash_aliases file, please close the terminal window and open a totally new one, in order to make sure you will have ROS2 setup.

After that, you should be able to type now the command:

Compiling our ~/ros2_ws and launching the simulation

Before launching the simulation, let’s first compile our box_bot_description package with ROS2. Let’s open a terminal and run the following commands:

Now that our box_bot_description package is compiled, let’s run it with the following commands:

Now that the robots have been spawned, you can click the Open Gazebo to see the 10 robots that were spawned:

Making sure the robots are each under their own namespace

To make sure our robots are each one under a specific namespace, one namespace for each robot, let’s list the topics in another terminal by running ros2 topic list:

The output should be similar to the following:

Here you can see that we really have each robot under a different namespace.

We see that we have namespaces going from 0 to 9

In order to run a specific robot, let’s say the robot under the namespace box_bot9 , we can do it by running the following command:

In this command, we are basically running the teleop_twist_keyboard, and remapping the cmd_vel topic to /box_bot9/cmd_vel.  This way, we are moving the 10th robot. You can control different robots just by replacing box_bot9 with box_bot3 or box_bot7, for example.

If everything went well, you should see the following:

By pressing the keys “i“, “o“, “k“, you can see in Gazebo that a specific robot will be moving around.

Understanding how the multiples robots are spawned

You may be wondering how the spawn configuration actually worked.

For that, you can have a look at the following file:

You can for sure see the file in the Code Editor. For that, just open the File Editor and open that multi_spawn_robot_launch.py file.

The many robots are created basically in the gen_robots_list function.

It is worth mentioning that in order to make this work, we also had to remap the /tf topic in the URDF file.

Congratulations. You now know how to spawn many robots under different namespaces using ROS2.

END_OF_DOCUMENT_TOKEN_TO_BE_REPLACED 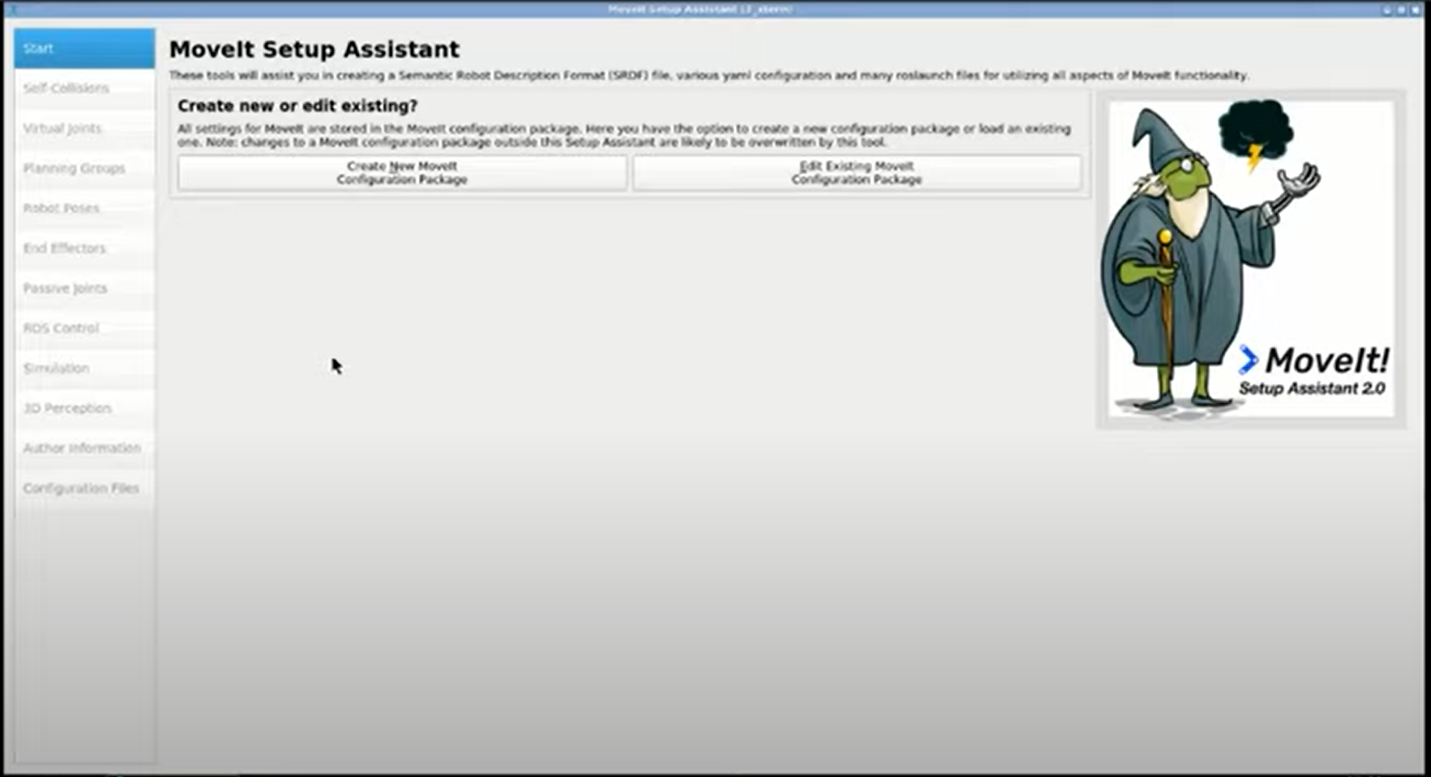