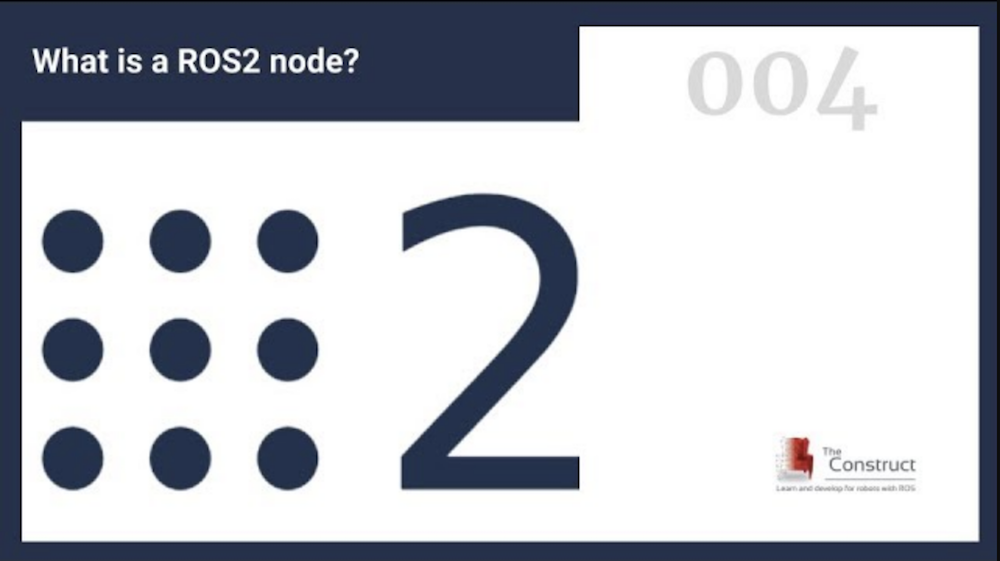 In this post, we’ll see what a ROS(2) node is, and the similarities and differences between ROS1 and ROS2 nodes. We’ll do this using both practicals and theory, practicals first!

Setup for the practicals

I believe passionate engineers like to get their hands dirty as much as they like to have solid theoretical foundations. And, since I get to decide here ?, we’ll start with the latter.

Now, the required setup for practicals (installation of ROS and other packages) can take a lot of time but, thankfully, we have an easy way out – ROSDS. With this online tool, you will have access to ROS-ready computers (both ROS1 and ROS2) within your browser in a few seconds. If you don’t have one already, you can create a free account here.

For a practical-oriented topic, we’ve had enough theory already; let’s get down to it and see ROS nodes in action! Fire up a terminal and run the command that displays a list of nodes in ROS1. Your output might be different, but you should have a list of items like this:

Take note of the items listed above and then run the following command in another terminal:

To see the turtle on ROSDS, pick the Graphical Tools app from the Tools menu to see your cute turtle:

Well done! Now go back to the previous terminal and re-run the command that displays a list of nodes in ROS1. Now you should see an extra node (“/turtlesim”) in your list.

So far so good, but all that is ROS1, so now let’s #goROS2! In another terminal, run the command shown. That should bring up a ROS2-ready docker machine, waiting for your command:

As we also need two terminals for the ROS2 “tinkertoons”, spin up a second terminal and run the same command as above. In the first ROS2 terminal run the following commands that display the list of nodes in ROS2. Observe the outputs (the -a switch shows hidden nodes).

Basically, no user-created node is running now. Let’s change that: in the second ROS2 terminal, run:

Now get back to the first ROS2 terminal and rerun the last command. You should see an addition node (talker) displayed, thanks to the talker(tive) program we just ran:

And we are all done for the practicals! But what’s the catch? At this point, we could use some theory. Next!

Let’s hear from the horse’s mouth:

A node is a process that performs computation. – http://wiki.ros.org/Nodes

A node really isn’t much more than an executable file within a ROS package. ROS nodes use a ROS client library to communicate with other nodes.  – http://wiki.ros.org/ROS/Tutorials/UnderstandingNodes

As we saw from the practicals, the turtlesim_node and talker executables displayed a turtle and some text on-screen, respectively, by performing computations and communicating with other nodes. For one, they both communicated with nodes responsible for displaying output. So, in both ROS1 and ROS2, a node is essentially the same thing.

Done. Now you know what a ROS(2) node is. We’ll examine the similarities and different between ROS1 and ROS2 nodes in the next section.

From the previous sections, we’ve already seen that ROS1 and ROS2 nodes are essentially the same. You may also have seen from the practical session that the commands for running and displaying a list of nodes in ROS1 and ROS2 are similar, even if they are not the same.

ROS nodes are the executables that make things happen in a ROS system, and they are essentially the same for both ROS1 and ROS2, even if there are some differences. If you’re already familiar with ROS1, you can hit the ground running with ROS2, with just a few differences to master.

If you prefer see the audio-visual version of this post, we’ve got you covered. Just click to watch the video below.

If you want to learn about other ROS topics, please let us know on the comments area and we will do a post or video about it. 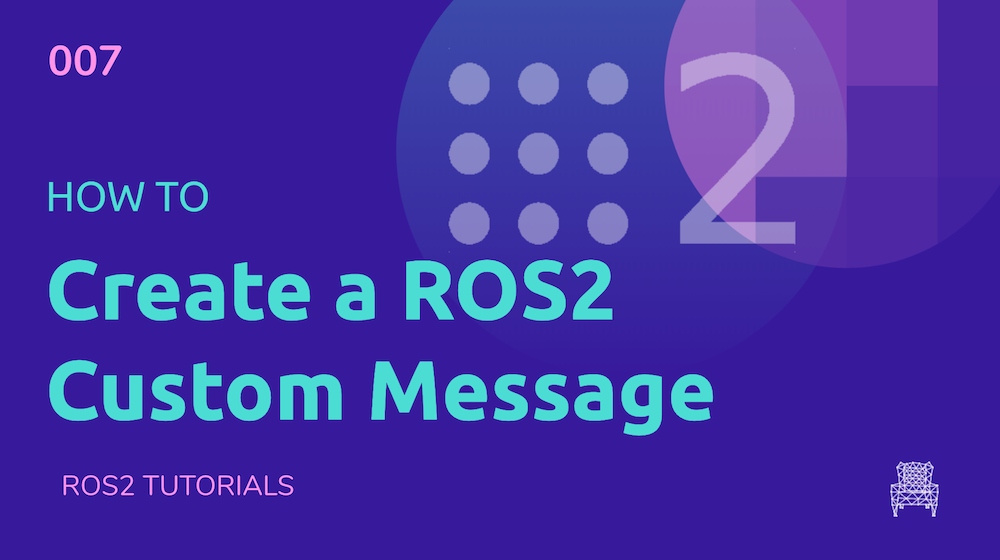 ROS2 Tutorials #7: How to create a ROS2 Custom Message

In this episode of ROS2 Tutorials Series, you will learn how to create a simple ROS2 custom message for Topics. We are... 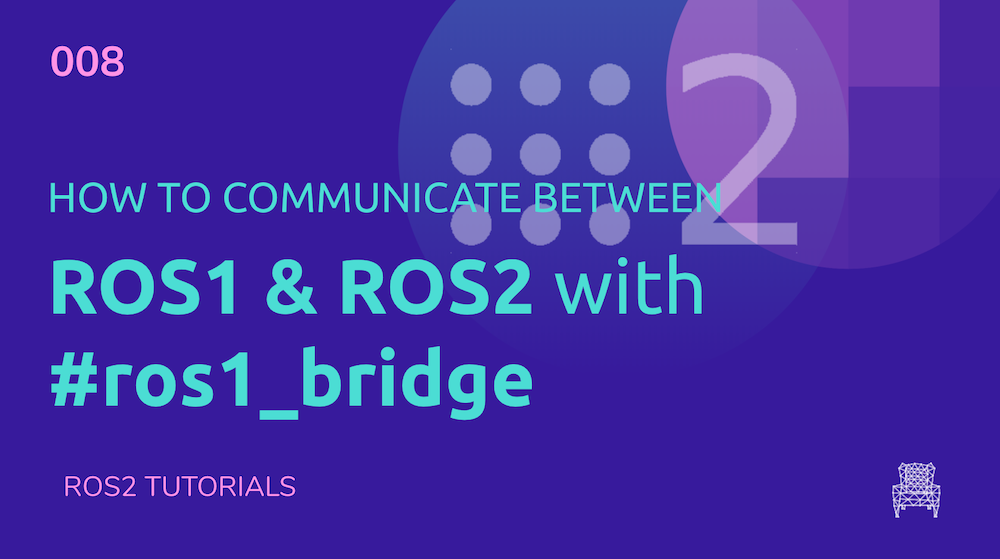 ROS2 Tutorials #8: How to communicate between ROS1 & ROS2 with ros1_bridge

In this post, you will learn how to communicate between ROS1 & ROS2 with ros1_bridge. You will see how to set up... 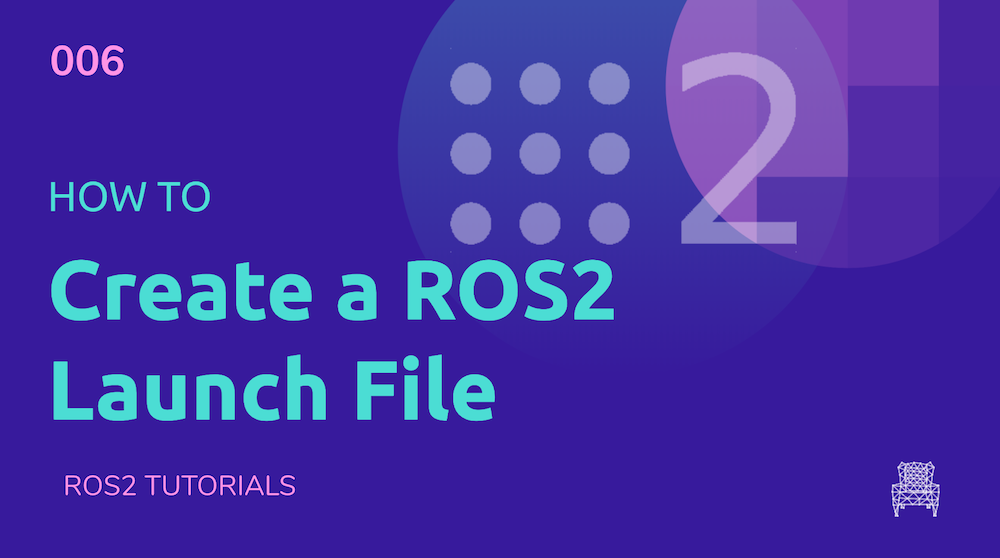 ROS2 Tutorials #6: How to create a ROS2 launch file [NEW]

About In this post, you will learn how to create a ROS2 launch file. The problem: we have a ROS2 C++ package but it...