Head to http://rosds.online and create a project called “ros workspace” (or whatever you wish). Please ensure you select “Ubuntu 16.04 + ROS Kinetic + Gazebo 7” under “Configuration”. Once done with that, open up the project by clicking on “Open ROSject”.

Step 2: Check out what we have in the catkin_ws workspace and save its current state in git

Pick a Shell tool from the Tools menu and locate the catkin_ws directory.

So we see that we have three subfolders in the workspace: src, build and devel. Now we are going to save the current state of that directory before we make further changes:

Step 3: Create a new package in the workspace and observe the changes

Take note that only the src folder has been changed here.

Step 4: Compile the workspace and observe the changes

Now we will compile the workspace and see what happens.

Now we see that there a lot of modified and new files in both build and devel, (no) thanks to the command we just ran.

Let’s put it all together in the next step.

Step 5: Put it all together – translate the action into words

I strongly believe you already got some hints about the src, build and devel directories from the commands we ran in the steps above. Now let’s consolidate those hints:

Prefer to listen to the “sights and sounds” version of this post? We have one for you below; happy watching!

If you are a ROS beginner and want to learn ROS basics fast, we recommend you take any of the following courses on Robot Ignite Academy:

If you want to learn about other ROS topics, please let us know on the comments area and we will do a post or video about it.

END_OF_DOCUMENT_TOKEN_TO_BE_REPLACED

This episode is dedicated to all those people that are thinking to move their robots to ROS2. One...

END_OF_DOCUMENT_TOKEN_TO_BE_REPLACED 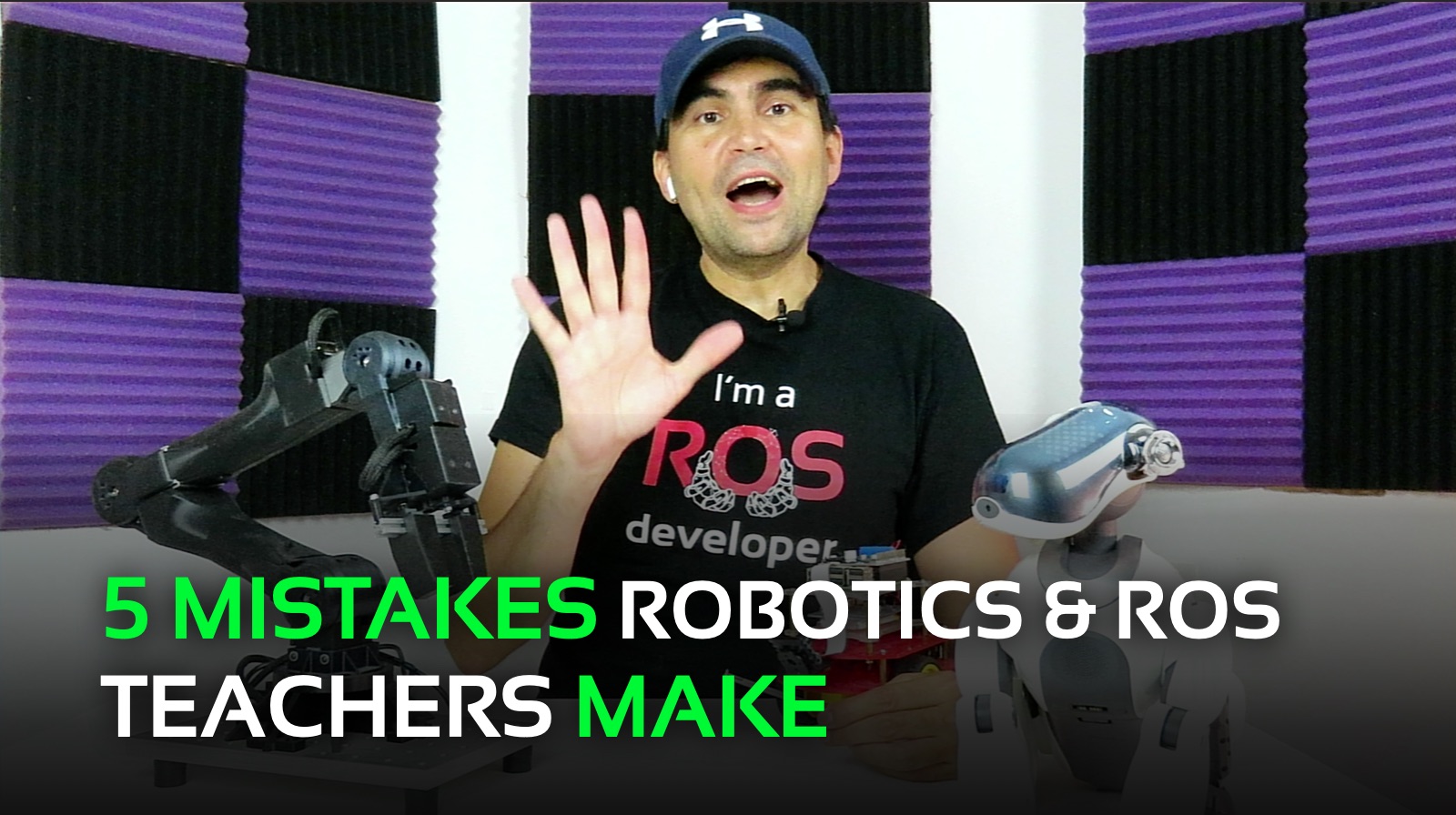 Last week, a colleague of mine asked me for advice on how to teach ROS at university because she is going to start delivering a ROS class next month. Then I decided to record this video with 5 mistakes I have made in the past while teaching ROS at the university. I hope that this video is useful for you and helps you avoid the mistakes that I made so you can start delivering ROS classes smoothly.