by Marco Arruda / Saturday, 02 May 2020 / Published in Gazebo Tutorials 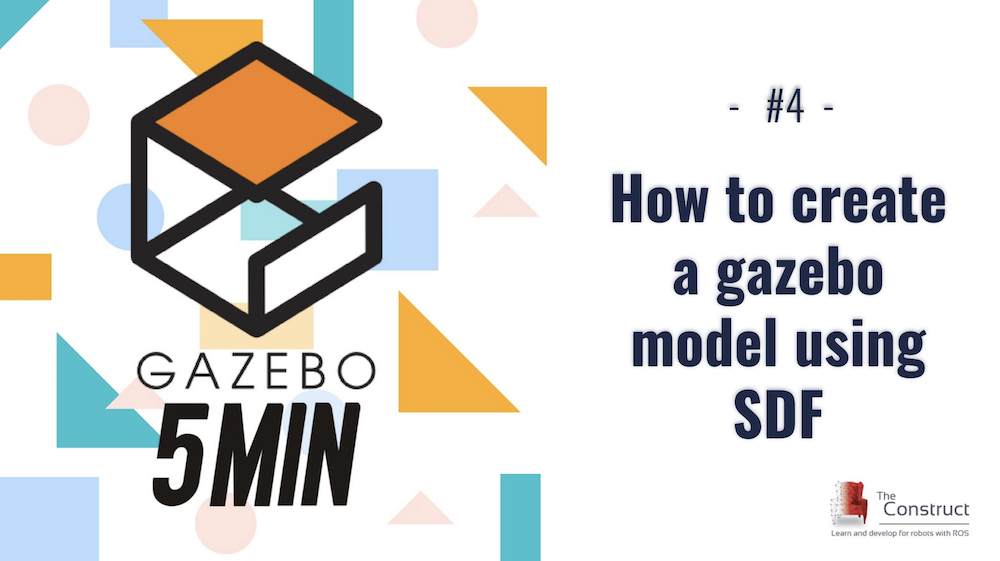 What you will learn

In order to load gazebo using ROS, you need to have Gazebo and ROS installed. If you don’t want to install everything, we highly recommend using ROSDS (ROS Development Studio) which gives you access to an online environment with ROS already installed. Indeed, we are going to use that tool for easiness. You can follow the same steps on your computer as well if you don’t want to use ROSDS.

To use ROSDS, you can just create an account and start using it.

Once you have your account created, you have to create a ROSject by clicking on the New ROSject button: 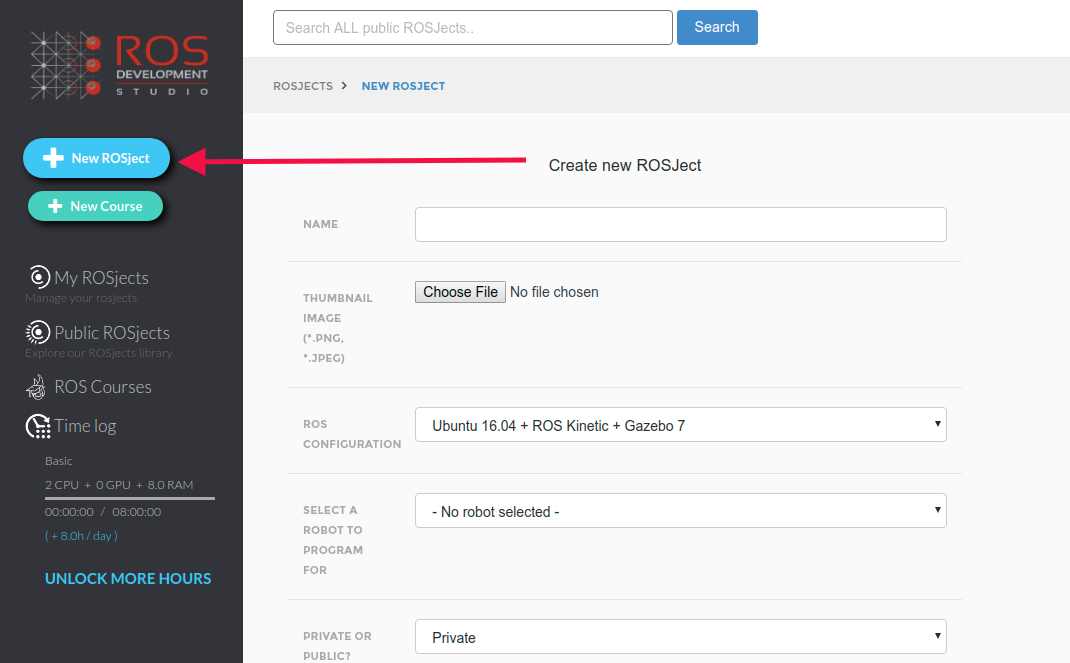 Once you have the ROSject, you can open it by clicking Open: 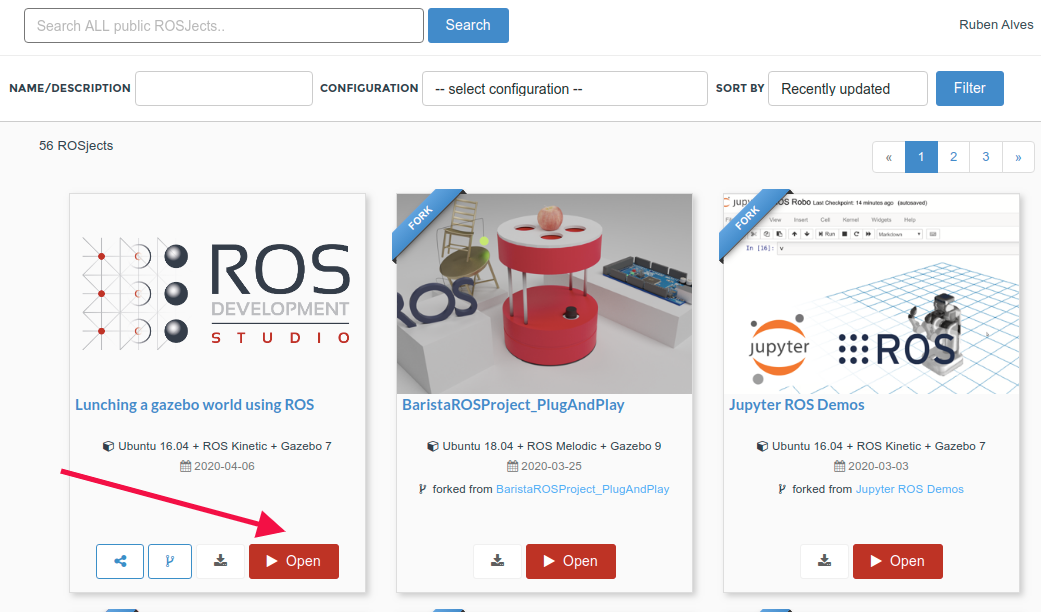 In order to run anything using ROS, we need a ROS package, so, let’s create one. For that, you are going to need a terminal/shell. In ROSDS, you can have a terminal by clicking Tools -> Shell.

Let’s first create the workspace. In this case, let’s call it ~/simulation_ws

Now, let’s create a launch and a world folder inside the my_simulations package.

In order to put the content on that file, you can do it using the code editor. For that, click on Tools -> IDE

If you followed the instructions correctly, you should have the following structure:

Let’s create a model named my1stmodel on the my_simulations package:

Inside the my1stmodel folder, let’s create two files, one named model.config and another named model.sdf.

These two files, model.config and model.sdf, are required for every gazebo model. You can find those files in the ground_plane model provided by gazebo, for example.

And in our models/my1stmodel/model.sdf, let’s add the following:

In the end, the final content of the file would be:

Now that we have everything in place, we can run our package in two ways:

Option one: Click Simulation -> Choose File, then select my_world.launch. This should automatically load the web version of gazebo, called gzweb. 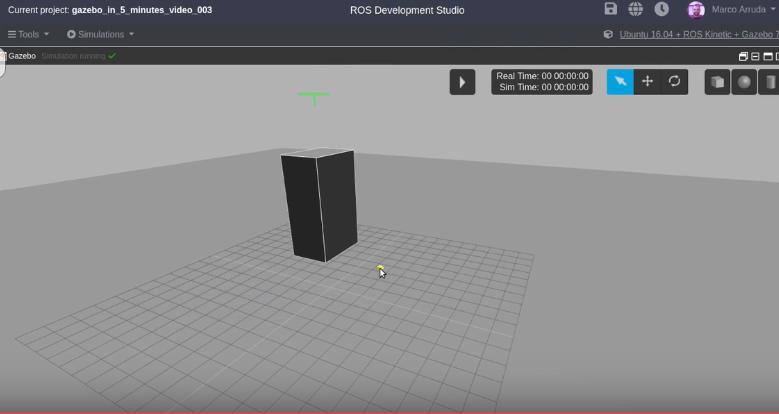 Option two: If you are running the tests on your computer, or you want to manually run the simulation, you can just:

If you are in ROSDS and chose to run the simulation manually, then you have to manually open the Gazebo Web (gzweb) by clicking on Tools -> Gazebo.

If you didn’t understand well all the steps explained here or need more understanding of the files we created, remember that we have the live version of this post on YouTube. Also, if you liked the content, please consider subscribing to our youtube channel. We are publishing new content ~every day.

Tagged under: Gazebo in 5 mins 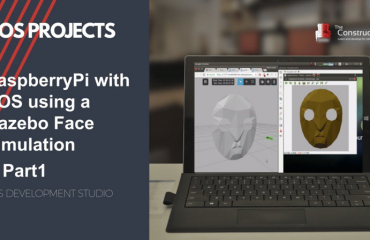 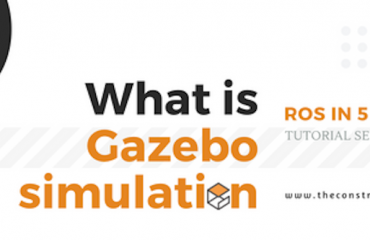 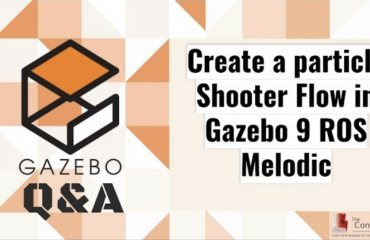