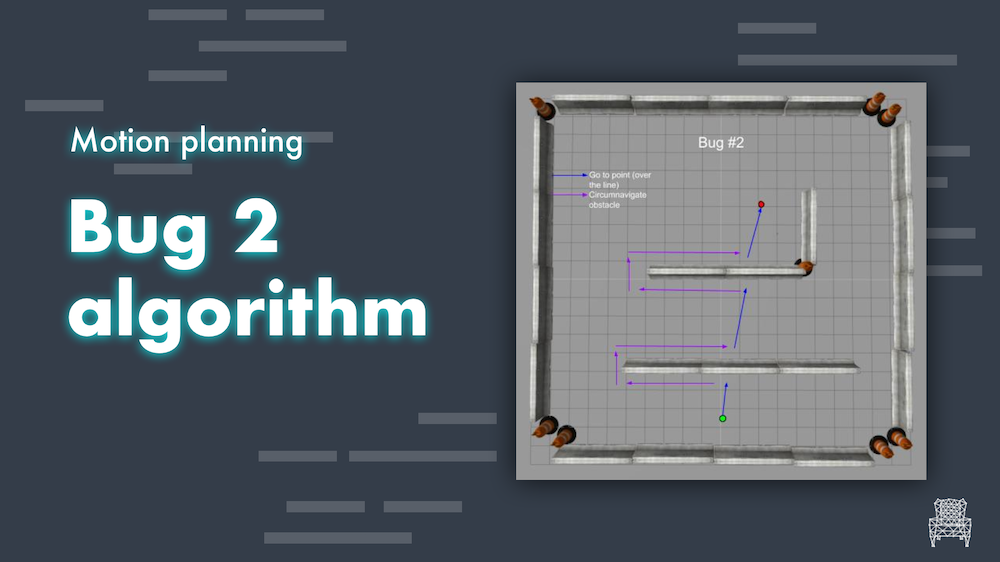 Yes! We have skipped part number #11. That’s because it was an adjustment from ROS Indigo to ROS Kinetic. It’s not something necessary now, because we have already started using Kinetic.

In this post, we implement Bug 2 algorithm in our existing robot! Let’s use some algorithms we have already done in order to have it all working!

At the end of this post, we’ll have the robot working as shown on the image below: 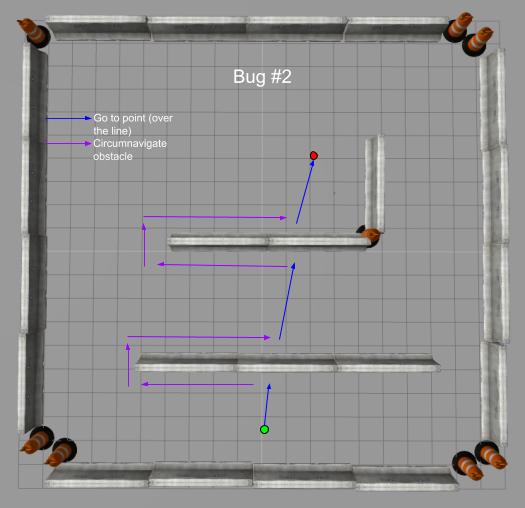 We start creating a script file, it goes like that: ~/catkin_ws/src/motion_plan/scripts/bug2.py

(Don’t forget to assign the necessary permissions to the file)

Open the file in the editor and start coding. We start from the necessary libraries:

Now.. we define some global variables to store the goal and the current status of the robot and algorithm:

Like in Bug 1 algorithm, we are storing the state of the robot. I put some description of the states in an Array called state_desc_. There are also 2 new arguments being received: initial_x and initial_y. They are used to restore the robot position in case you want to restart the algorithm. Very useful to test the algorithm many times in a row!

Here we define callbacks, the very same as before, no big deal here. But don’t miss this part of the code:

The first helper function is change_state. We had one like this in Bug 1, but we have different rules and states now. Let’s check it:

We have only 2 states: wall_follower and go_to_point. The different is that we are not driving the robot in a straight line to the desired point, but following the original line. The one from the initial position to the desired one. This will be implemented on the main function.

This function is used to calculate the distance of the robot to the initial line. Super important for this algorithm and it’s used all the time during its execution.

Python
This is something necessary, the same standard we have been doing so far.

Python
We are all the time calculating the distance to the original line. Depending on the presence of obstacles, we switch between wall_follower and go_to_point.
Learn more:  The 10 most influential people in ROS in 2019

The point to be used as goal is always the nearest in the line.

Let’s create a launch file and see it working!

Create a new file at ~/catkin_ws/src/motion_plan/launch/bug2.launch. The content is:

We improved it a little bit. We are restarting our robot position every time we launch it. That’s why we have to new arguments.

But.. just before, change the world to the previous one we worked before (~/simulation_ws/src/my_worlds/launch/world.launch): 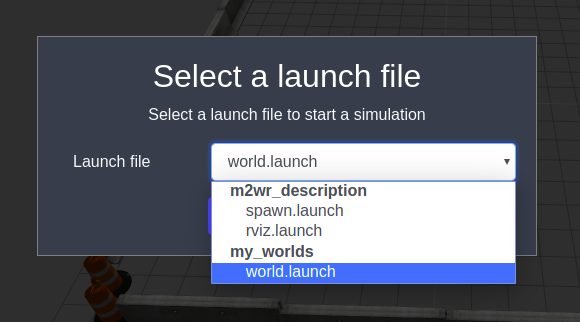 Remember! If in any of the steps above you have missed something, you can always clone our ROSJect! Use this link to get your copy: http://www.rosject.io/l/b550d08/ 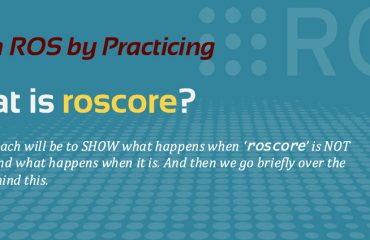 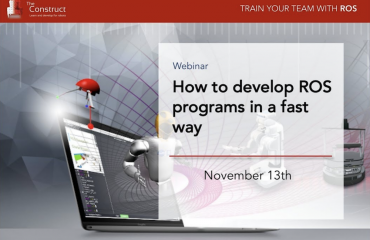 Webinar | How to develop with ROS… fast! 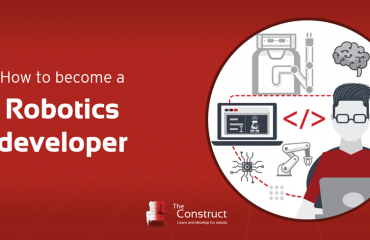 How To Become a Robotics Developer