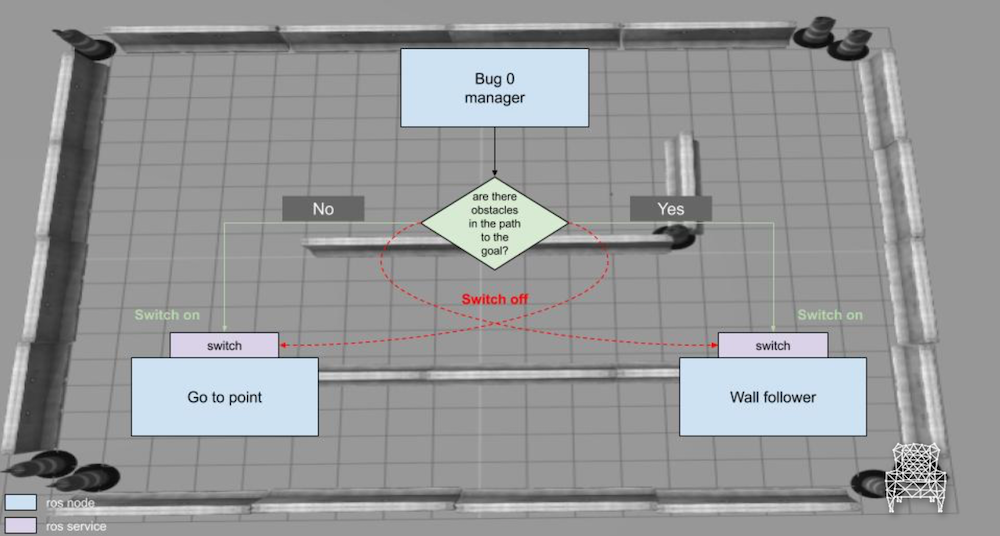 Work with the Bug 0 algorithm

In this post, we are creating a new script to implement the Bug 0 behavior. This one that will drive our robot to a give position, switching between “go to point” and “wall follower” algorithms.

First, let’s check how it is going to work, in a top-down view, we show the proposed architecture below: 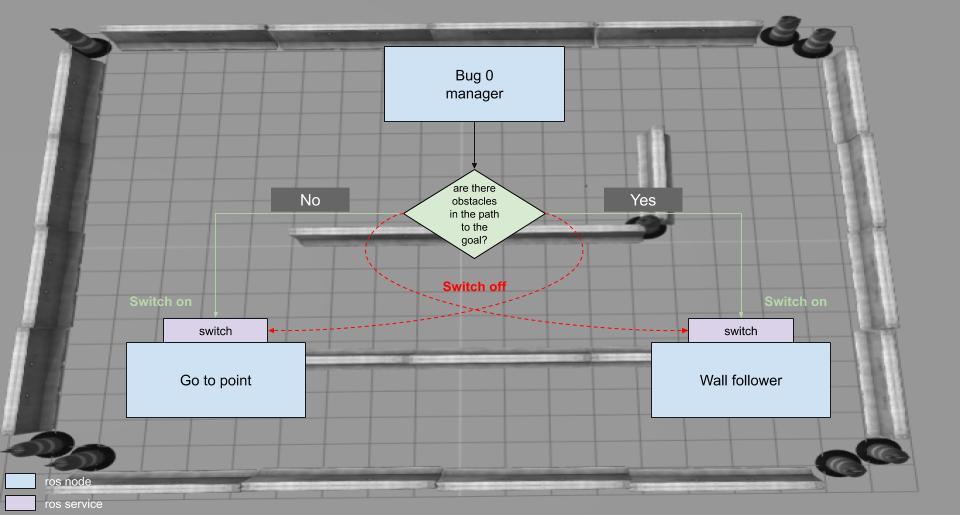 We are launching 3 different nodes: Bug 0, Go to point and Wall follower.

For the 2 nodes we have created before, we will adjust (create the switch service) in order to make them work together. Let’s go to code!

I start here from the Go to point node, let’s check what we have to change!

We need to import a library for the service we are about to create:

The desired position is not anymore a fixed position, instead it comes from ROS parameter server:

Create a function to receive the service call:
And the main function is going to be changed a bit.
It’s basically considering the variable active_ before following its original rules.
Here it goes the code:

For the wall follower, we have to do some similar modifications, let’s check:

And create a global variable to switch it to ON and OFF (starting by OFF), as well:

Define the function to be called when the service is requested:

And the main function must, also, take into account the _active global variable before publishing to the robot differential drive:

We are done with our previous created nodes, now let’s create a new one to manage them:

Then, we define some global variables, in charge of controlling the flow of the script:

Two other functions are created, in order to help us switching between states and calculate normal angles:

We are susbcribing the odometry and laser because:

In both states (0 and 1), we are checking the laser readings. Depending on it, we can change the state to the other one.

Let’s check if it works!

Finally, we create a launch file (~/catkin_ws/src/motion_plan/launch/bug0.launch), in order to start everything in a single command.

Here it goes the way we propose:

We first launch the world we have been using in the previous post. (my_worlds world.launch)

And from a web shell, spawn the robot at the given position:

Wait a few seconds, when the robot is ready, start the launch file with the Bug 0 algorithm:

What is happening there?

Below we see an image describing the steps and state changes during the Bug 0 motion: 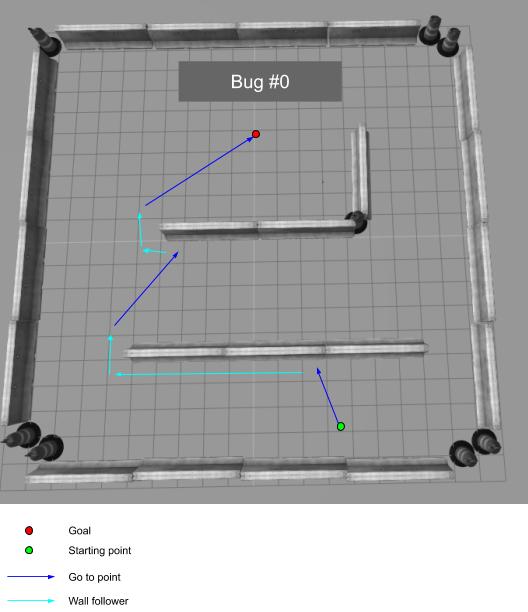 And this happens some times until it reaches the goal!

If you lost some step, you can always clone the ROSject generated from this series. Here it goes the one for the current one: http://www.rosject.io/l/a283a96/

In the next post, we will explore a failure case for Bug 0 and look to another solution: Bug 1 algorithm! 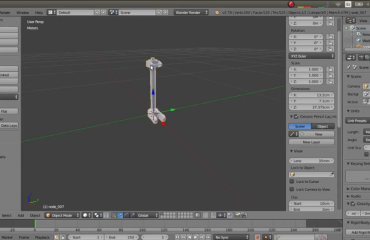 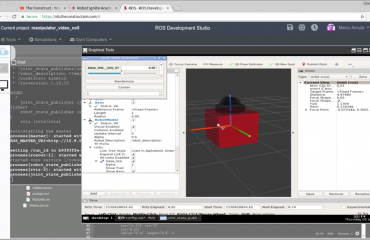 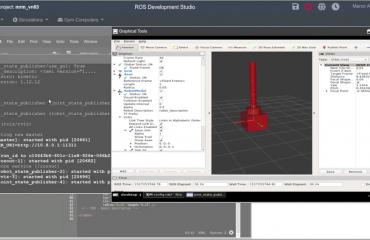